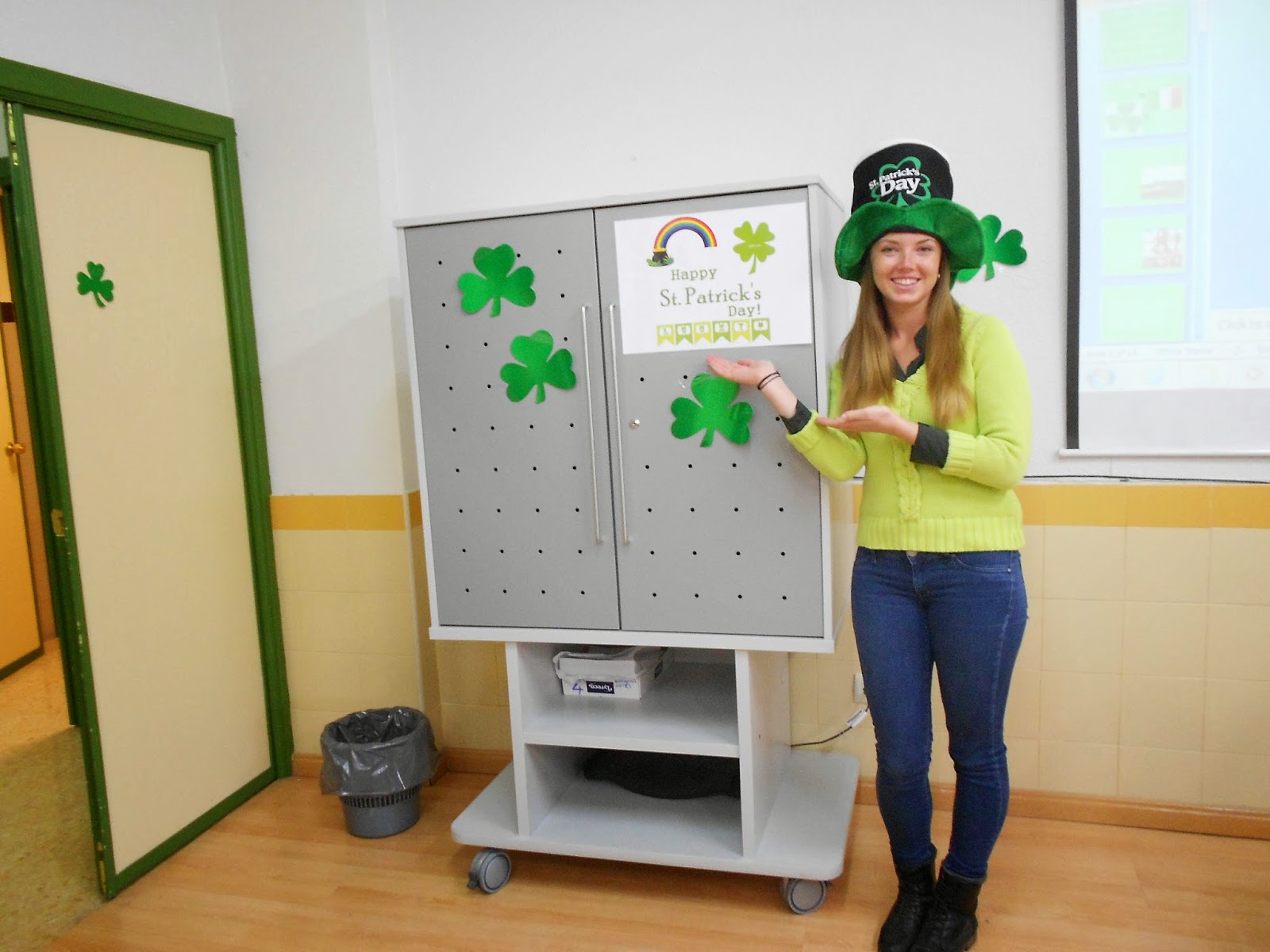 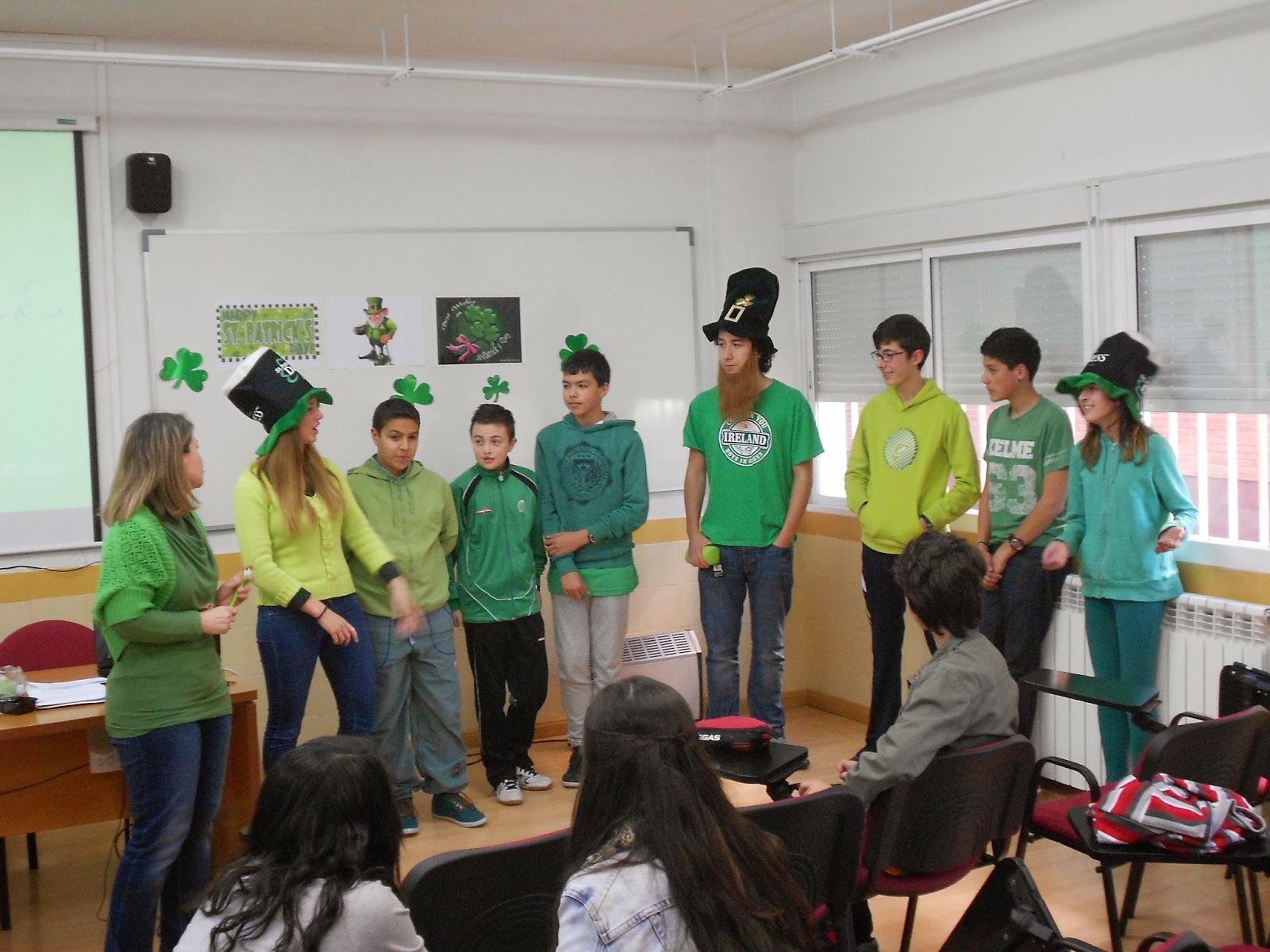 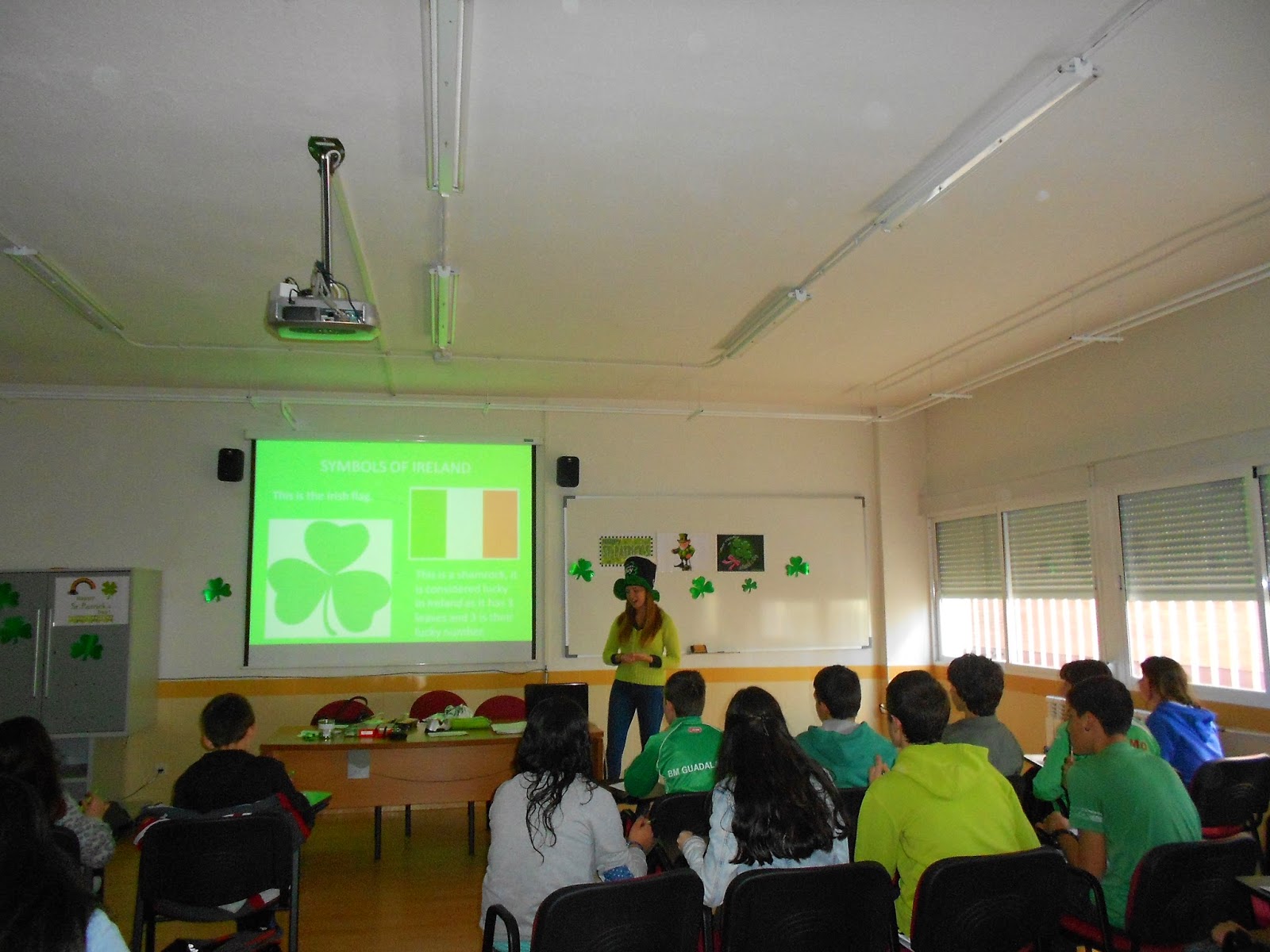 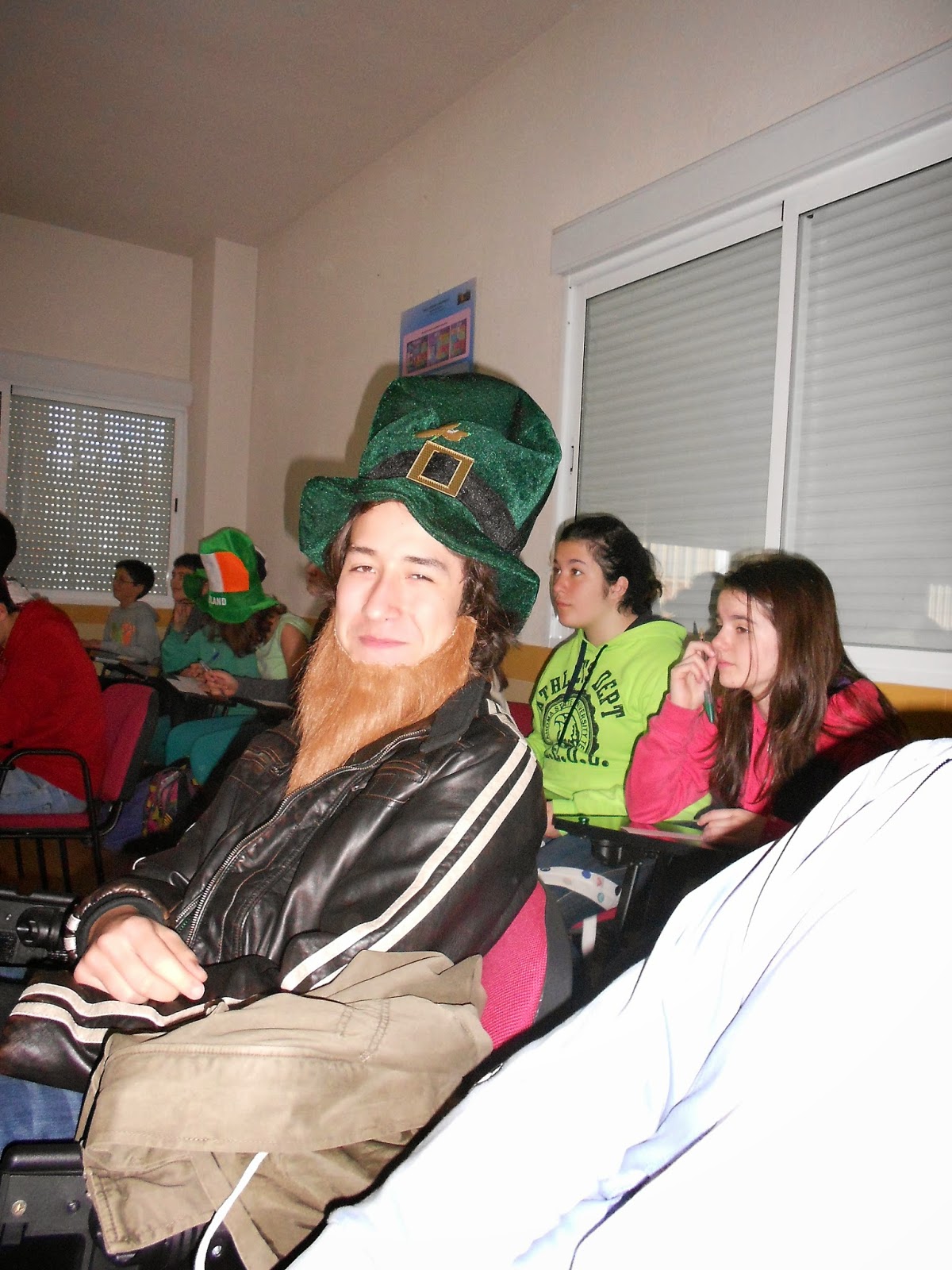 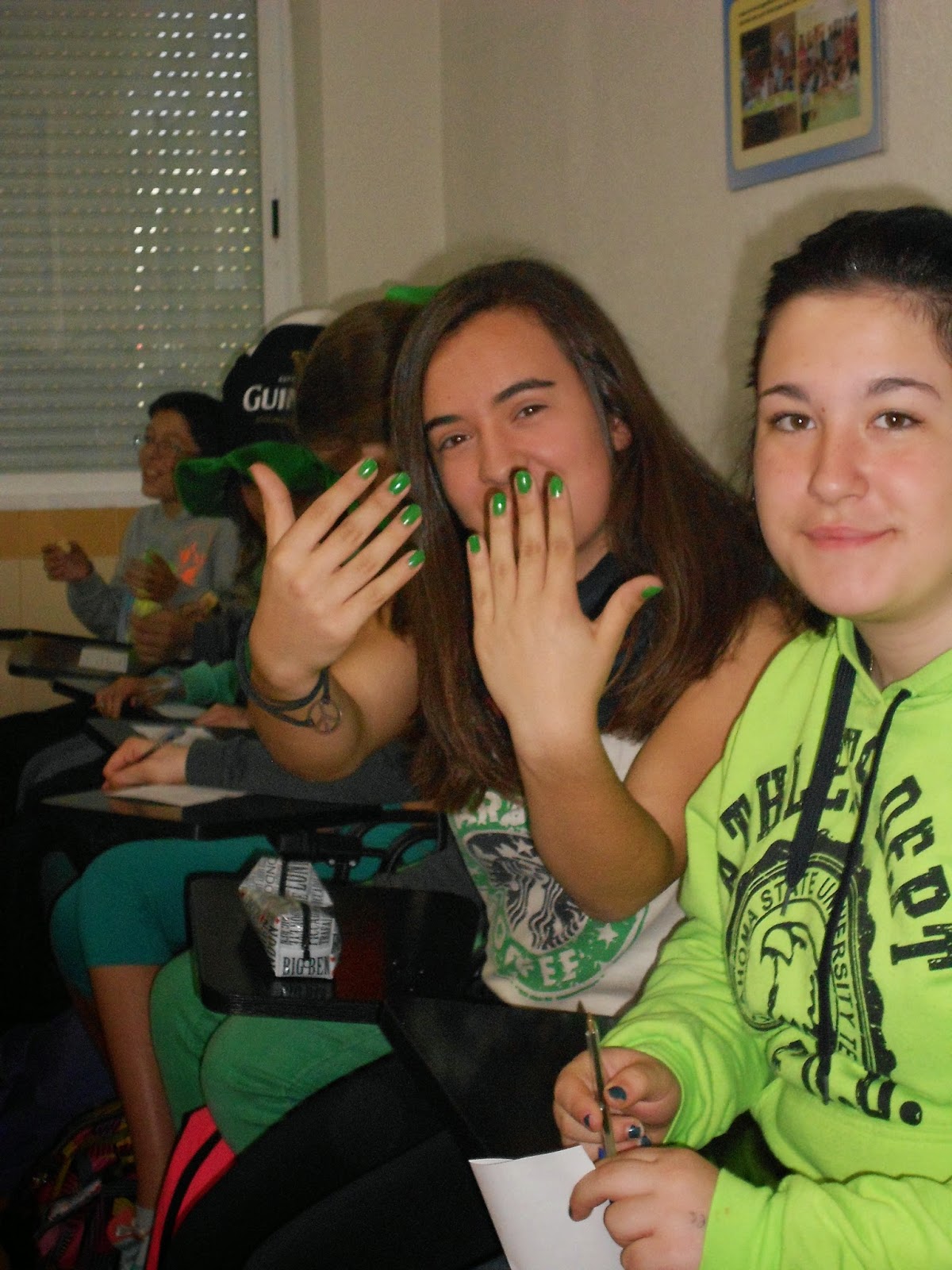 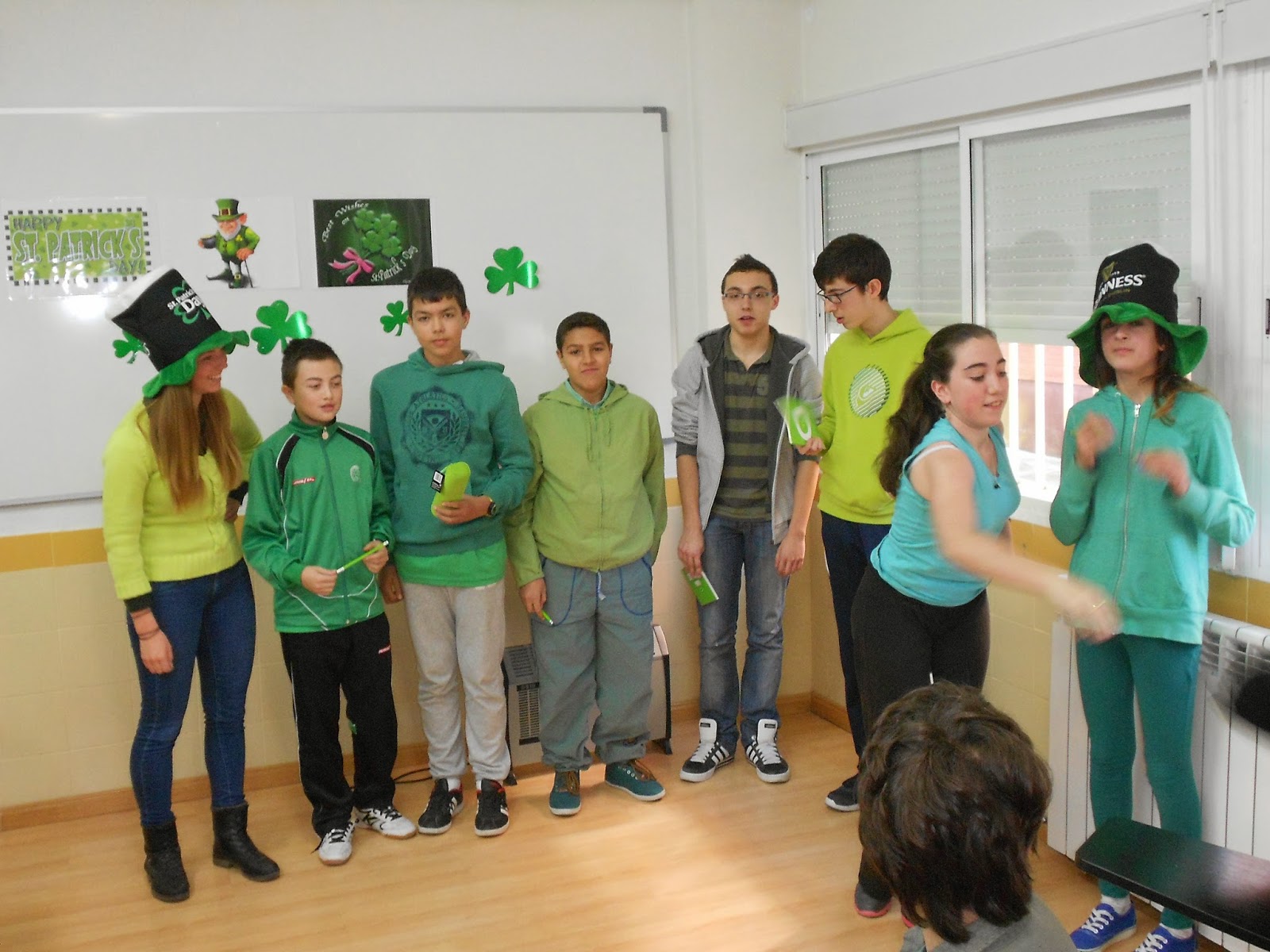 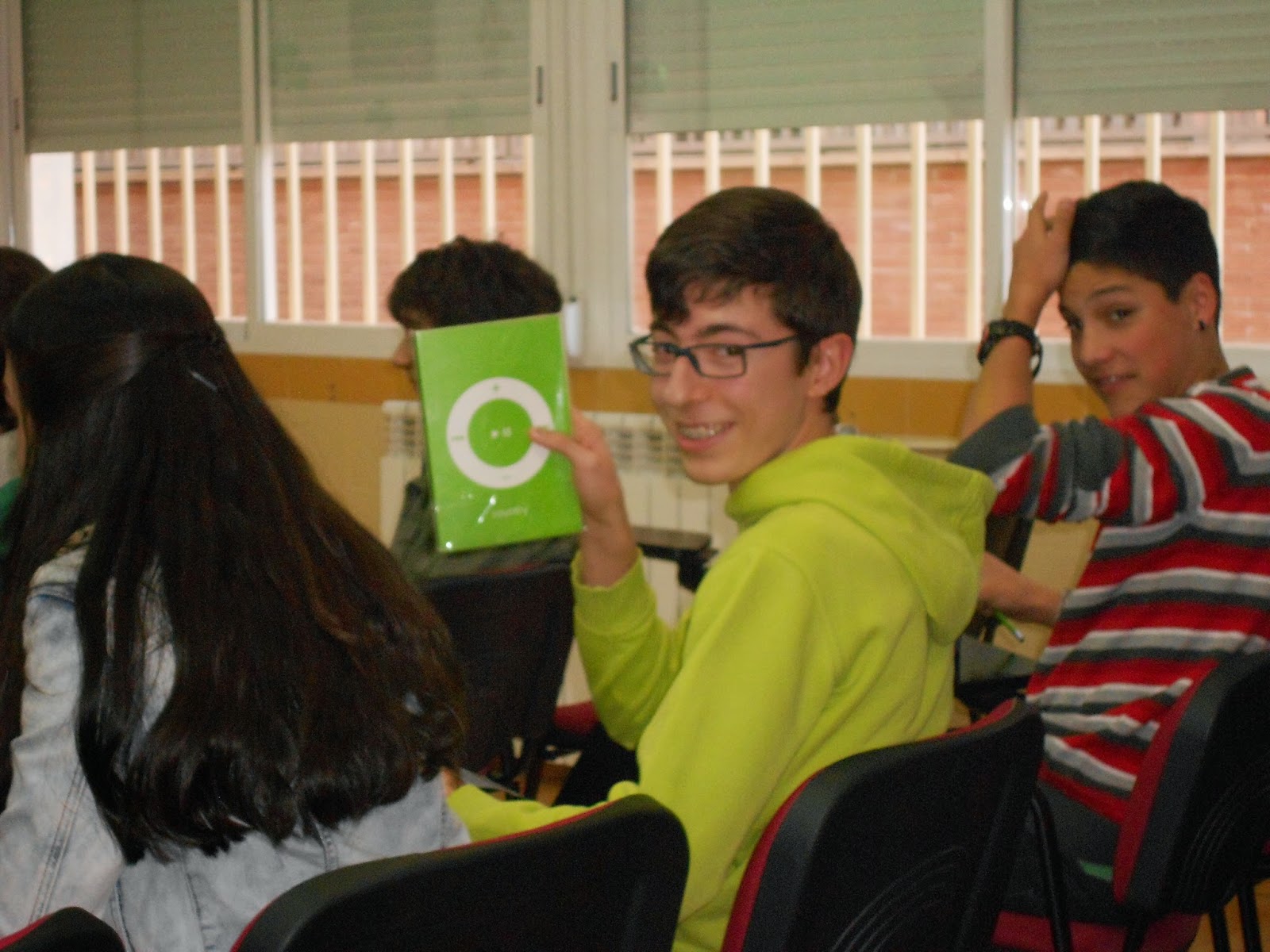 Have a look at the pictures taken at Saint Patrick's Day celebration in IES Luis de Lucena! You can see our green-clad language assistant, Sophie, who told us lots of interesting things about the patron saint of Ireland. For instance, we learnt that he was born in Britain and before becoming a priest he was a shepherd and he was even kidnapped by some pirates. We also learnt that Ireland is called "The Emerald Island" because of its green countryside and because of green shamrocks, Ireland's best-known emblem. Finally we found out that Saint Patrick's Day  (17th March) is celebrated all over the world and even in space!!!

Many students came dressed in green but the student whose outfit really matched the spirit of the day was Alejandro Marco (1º Bachillerato), who was dresssed up as a real long-bearded leprechaun . He won the prize for the best Saint Patrick's Day outfit. Thanks for your attendance and we hope to see you again in next celebrations!!! 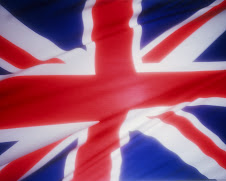